OUR BRAND IS FOCUSED ON QUALITY ABOVE ALL

Our brand is focused on quality above all. We are constantly evolving to make sure that we are continually meeting the desires of our consumers.

Led by a smoking aficionado with over 25 years of hard-earned experience in the tobacco business, the team behind Manchester cigarette have built the brand from the ground up with diligence and perseverance. Overcoming obstacles and countless struggles along the way, they set out to develop a brand that was characterized by the highest quality and designed for the modern tobacco lovers.

Originally launched among a number of other brands, Manchester stood out among its peers, surpassing them in popularity and quality. This inspired the owner to focus on further developing the brand, ultimately gearing the company’s resources and capital towards the evolution of Manchester, collaborating with the team to run research and studies to produce only the finest of blends.

After firmly establishing Manchester cigarette as a brand for today’s consumers, the team continued to evolve and reinvent their products to appeal to new generations of smokers. Manchester’s original big three, the King Size Red, Blue and Silver variations, soon grew into a wider range that continued to expand and evolve with time following the consumers’ whims.

Starting out from the Middle East, Manchester then expanded into the Far East, Africa and Oceania. The team behind the brand are already looking forward to the next chapter of their journey with further expansion plans already in the work, along with the creation of new blends and flavours. 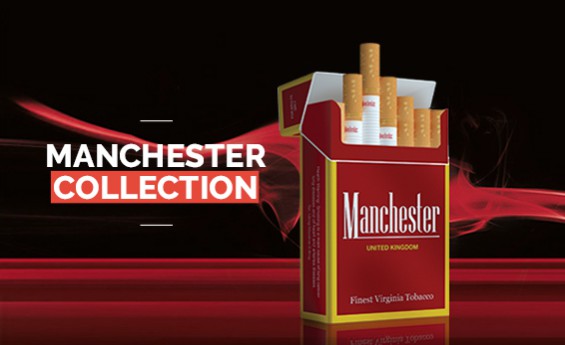 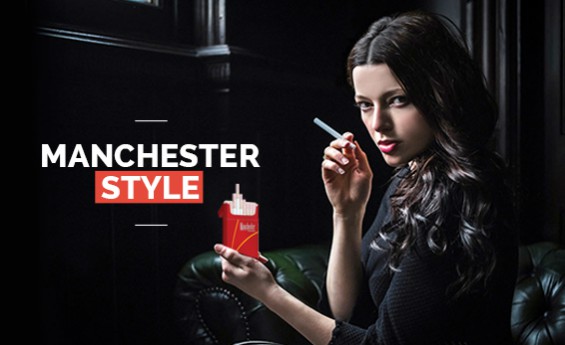